Home » A Cry For Help! » Interview with My Books Publishers! Why did you write The Arab Management Books?

Interview with My Books Publishers! Why did you write The Arab Management Books?

Some time back I got a call from my Books Publishers that they will be recording a Live Interview with me! The Main Question was – Why Did You Write The Arab Management Books?

Unfortunately the interview went to Audio – because they had mistakenly thought we could use Skype in Oman!

This is what came out from The Interview – as below!

The books – especially the two Management ones – A Cry For Help! – and Psychology of Arab Management Thinking – both in Context and Perspectives – Arabian Management Series – are unique books and written in a unique and special style.

The Author extols the culture and importance of work in his religion and the pitfalls and lacklustre attitude of some of the Managers in position about the Accountabilities, Principles, Transparencies, Professionalism and Ethics of Management – and vis-à-vis their roles, aspects and responsibilities.

Very candidly the Author admits that he has no intention to harm or penalize anyone but to speak about the realities in Arab Management with a focus, desire and objective to learn, correct and remedy, if not for now, but surely for the future generations to come and for progress and prosperity. He sincerely hopes for development and improvement in the management sphere.

The Arab countries are far richer with abundant reserves and more importantly with a healthy and young population. In spite of all these why do we lag behind others in many spheres? Is there anything wrong with the management? He says, “he is baffled and confused”. According to the author “it is not enough only to have your personal and job dedication and commitment – what is needed is complete abdication and surrender in commitment, dedication, loyalty, faithfulness etc to your work, job aspects, and responsibilities. Just your input is not enough, far more is required”.

“As Arabs, work is worshipped as if it is in praying. Arabs are also brought up to be polite, courteous and decent (at least a majority of us). Abrupt, ugly, rudeness and distort are discouraged. Also it is not easy to say NO – as part of the culture, customs, traditions and heritage. So what went wrong here – especially in management circles? Why are we behind the rest of the world, despite all our riches and resources?”

The Gulf Cooperation Council countries are some of the richest ones in the world. Despite the Middle East holding huge gas and oil reserves of the world, very little is known about the area, in particular about Arabian Management aspects.

The author has tried to be as frank, open, forthright, honest, sincere and genuine as he can. Not that he was ever known for pulling punches. Once again, he deals with office politics of the worst kind and if the title is any indication, the new book is bound to touch a few raw nerves.

“I am pained by the stereotyping that goes all time about Omani employees. One such perception among some expatriate managers is that Omanis are lazy”, he says. Majid Al Suleimany hastens to add that not all expatriate managers are to blame. “Most of them are impartial. But there is a tiny section that has a low opinion about local recruits. Though they are few in numbers, the damage they cause is tremendous!”

The ‘Cry’ for changes is not just aimed at the expatriate, but also at the Omani employee as well. “People here that are part of the workforce need to be more tolerant, patient and prove their capabilities and understand the other point of view. Many switch off instead of addressing a problem or a strained relationship with a manager and this only makes matters worse.”

When one Expatriate Manager leaves, he passes on the message to his successor that the locals are difficult to deal with. Those that actually work hard (and are loyal, dedicated and committed) suffer because of this wrong stereotyping and perception!

What is worrisome is that the current generation is very intolerant and can be often rebellious. If we don’t address this, there will be dangerous consequences. The Omani employees’ lot hardly improves when they get an Omani Manager, who, according to Majid Al Suleimany, with exception of few cases – “shoots at his own troops!”

“When I studied the attitudes and behaviour of the Omani manager vis-à-vis expat peers, I found out that he lags behind in his management capabilities. He ‘hates to rock the boat’ and allows the status quo when there is a problem. He finds it, generally speaking again, difficult to say No – as part of his customs, traditions and culture

The books are designed and focused for all the people to talk to each other across the borders and the boundaries – and to build up better relationships, harmony, rapport and understandings – and with the aim of building and creativity – and to avoid costly mistakes, decision-making and errors in judgement and stereo typing etc – and in special regard to the Offices environments – and in special reference to local and expatriate relationships – and even between locals and the expatriates themselves too.

To bring back smiles, joy and laughter back once again especially to the Offices environments – instead of people switching off and going to work like dummies and zombies. We have all heard of Human Resources as being one of the most important resources in an establishment – and that a happy and motivated worker is more committed – and delivers more.

Here is an Author who calls a spade a spade and faces issues head-on – and without hiding any dirt under the carpet so to speak – and has spared no one – including himself too!

The Psychology of Arab Management Thinking Book has a separate segment that deals with His Majesty Speeches and Interviews – and articles in his praise. Examples – The Peace Prize To His Majesty; Great Statesmanship – The Royal Pardon; Heritage With Modernisation; Role of Omani Workforce Interview; and also covered others in below in B.02 – Between Us Only series books!

There is one chapter dedicated to Late His Highness Sheikh Zayed Al Nahyan of UAE in fond remembrances – Let Us Not Forget Sheikh Zayed of UAE (PBUH). 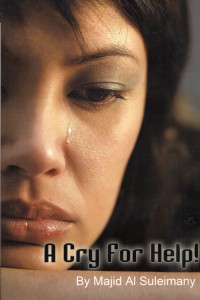 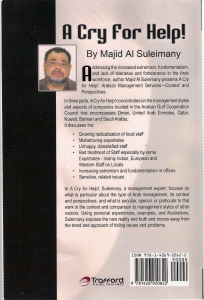 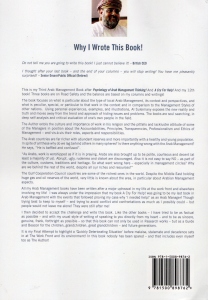 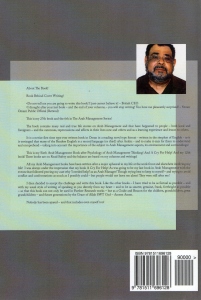 ← Why Write It? From The Archives! My Books Listings Updated – As Now All In Kindle! →