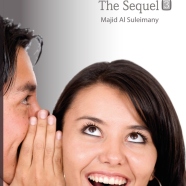 This is Book Six in the Between Us Only! Series. The book contains all the articles that had appeared in his two weekly columns in The Oman Daily Observer English Daily) – for the past four years. The columns are titled – Between Us Only! And At My Workplace!

Amongst his famous widely acclaimed read articles in his first book Between Us Only! – are Burning Homes; Advice To A New CEO; The Land Rover Story; The Power Of The Media; The Humane Face Amongst War; Are You Afraid?; What Is Happening To Us Now?; Keeping Up With The Changes; and How Much Dowry For Your Daughter! And – Do Not Worry – Be Happy; There Is No Urgency; Learning To Say No; Soul-Searching and Self-Analysis; No Money No Honey; Decision Making; Tragic Love Story; Why we Lie and Cheat; Why Are We So Bad?; and How To Apply For A Job? –

Varied articles for different tastes and likes – covering almost everyone – from the Student to the CEO, from the child, teenager to Grand Parents! Also – Just Say No To It! – Who Will Bury Me? – Birds of A Feather! – Violence Begets Violence! – Changes Incumbent On All Of Us! – Half Full – Half Empty! – You Are Fired! – This Is How The Cookie Crumbles! – Which Way Arab Management? – Let Things Be! – Stop To Care! – Changes and You! – Do Not Cry For Us! – Here Cometh The Big Boss! – and Meet The New Wife! Also – The Office Tyrants And Tormentors! – Tact And Diplomacy! – Can You Admit You Are Wrong! – Finding Happiness At Work! – Gathering Storm Clouds! No One Behind Me! – Gathering Storm Clouds! – and Mixed Marriages Problems (Children) – There Is No One Behind Me! – and so many others similar interesting and enlightening and educative in nature – especially for Readers in Arab Customs, Traditions, Heritage, Legacy and Future!

← Wipe My Tears! The Book Description! Between Us Only! The Original (Redo!) →