Home » An Open Letter » Message To My Fans & Readers! 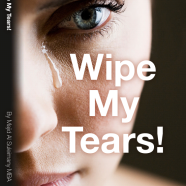 Message To My Fans & Readers!

Message To My Fans & Readers!

Dear All & After Compliments;

Whenever I go out (which is rarely nowadays!) and in social gatherings – I get the same questions – again and again – as to when my articles in Between Us Only! series in The Oman Daily Observer will resume? Or if I had tried the other newspapers like Times of Oman and Muscat Daily? I have – but did not succeed!

I used to write for Muscat Daily a few years ago with the Column Title At My Workplace! After a series of articles – and as I was under the impression of getting payments? – they said NO to me because they thought ‘I was just volunteering for free’! Nobody gives you lunch nowadays for free – so why with my articles!

Frankly I have tried hard with The Oman Daily Observer – but the new people there (The Old Guards and The Mafias Joint Scheme) are dead set against my articles – started with a ‘technicality’ to reduce my column schedule for only one per week! I had two columns – one Between Us Only! on Sundays and At The Workplace! (Offices Related) on Wednesdays. They started by removing the columns headings – so it showed I was writing two columns under one name! I refused to reduce my columns sequences – because we had a valid written enforceable contract – and two sides must agree to any changes! This was sidelined and marginalized – because no one in his right senses and mind can sue a Governmental Newspaper – and expect any favourite results – or inadvertently consequences and repercussions per se!

See what I am saying is this!

First – The East Africans say – If someone wants to insult you – he does not need to choose his words carefully! Because anything will do (go) – because the sole purpose is ‘just to insult you’! There is also the expression that if you are a guest in a house – the host does not need to tell you to go – and you have exceeded your welcome! Body signs and mannerisms would just do the trick for you to get the signals – that it is time for you to go now!

Also the expression – if someone denies you beans (mbaazi) he only reduces your gas (mishuuzi!) – with due apologies. Forget for now – Utakioona kilicho mtoa khanga manyoya! Now you will see how the turkey lost its feathers! Like most metaphors – it means something much bigger than just literal meaning!

Second – there is nothing that I have not covered in my 13 years duration with the said newspapers! Nothing – simply put! Even taboo subjects that most writers are scared to even border – let alone touch!

Third – All my articles are in my books. You can order them directly if you wish! Even the bookshops returned my books – and one is so notorious (expatriate) to even have called me to say – Come and take your books – they are just occupying space – and NOBODY wants to buy them!

This kind of thing can ONLY happen in Oman – because we are docile people – scared stiff of certain groups of expatriates that have come to dominate, control and rule us – that we bend backwards ‘in order just to look nice and sound pleasant’! – and we all compete for places to sound nice and good to them.

Mind you the majority of the expatriates are good decent nice people – who appreciate and respect the welcome and reception given to them as ‘invited guests’ in our country! But there are a few misguided and supported by some forces internally that think and act otherwise – and these are the people that do most harm and damages – and that includes stopping their few who dare to speak shut up – so we can still control and dominate them for longer still!

Allah God Help and Protect Preserve us all – Ameen Amen!

Fourth – You can still order my books directly as here below:-

Starting with the latest one

Other Arab Management Books (2) and Road Safety now 3 – with Arabic Version – Behind The Wheel! here and at http://www.myown-ebooks.com and http://www.bethesafedriver.com

Fifth – Let me rest now! I am tired banging my head against brick walls – and making it red and bruised only! Besides, I am dead tired – and have learnt to let go of all the Excess Baggage I have been carrying for so long – and the losers is only my family and I!

I have learnt to accept my fate – and whatever will come – let it come now!

I have been known to have said so many times in the past – I told you so! But you did not listen to me! I can still say that once again – if needed to be said!

The Romans have said – Those that the gods want to destroy – they make them not see, hear or speak! Or us Arabs – There is no one so blind but with eyes – but cannot see! So deaf but with ears – but cannot hear! And so dumb – but with a mouth – but cannot speak!

A good friend (British) once advised cautioned me – if you were in Saddam Team – you would have ended shot – as the first ones too!

Let me rest now. I am now 65 – with different priorities – and the paramount now is my family – my children and grandchildren!

Please forgive me and with my due sincere and genuine apologies!

← Some of the Real Life Road Accidents Stories in the book! Behind The Wheel! Arabic – Proof Prototype Review! →