Home » Critical Sensitive Articles » Should The State Name Our Children? 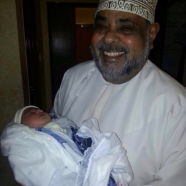 Should The State Name Our Children?

Should The State Name Our Children?

My granddaughter born over 3 months ago still remains ‘officially as unnamed’ – though the choice by her parents was Sibel.

Is somebody out there who can correct these simple things affecting simple Omani families with No Wastah? Influence??

Things need to change … and fast too!

Does The State have a right to name our own children?

I would say a definitive and affirmative yes – but sense and sensibility need to prevail also! Though I  think it is Shakespeare that had said a rose named by any other name would smell just as sweet! Of course with the Cynics adding ‘mind the thorns’!

If I wanted to name my son as Cheetah, Tiger or Lion in East Africa they would look me up in my face and ask me to have my head examined! But yet I have a son named as Fahad (Cheetah) because a great king had the same name!

Recently my son tried to name his newly born daughter as SIBEL – which has meaning of something like rain drops before it hits the ground – and so many other varied meanings – like Oracle, Prophetess etc – but all good and nothing bad in reality! It is also a common name in Turkey after a famous actress! Sebil Kekilli, Sebil Redzip – Muslim Turkish names! See images.

His application has been turned down continuously – even though the name is ‘in the acceptable names dictionary list’! Even after formed a committee to study the name! Like in most committees if you make annoyance in the beginning of your application – and especially to the influential person in the committee – who will see that his view reigns supreme!

These kind of ‘red tape and bureaucracy’ still irks and upset people very much  – despite all the changes being propagated and in modern tools and apparatuses! Our public officials will not change – it is in-built in them as ‘part and parcel’ of what they really are – and will not change!

For me personally I prefer respect and esteem than building big infrastructures etc – whilst the things in the public offices have simply not changed! But if these things can happen to even the highest public institutions in the country that should lead by real examples more than rather preach and rhetoric – I simply ask the favourite question like in my columns – what else is new? 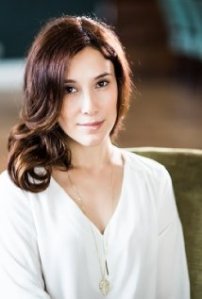 We talk to them in Arabic, English, Swahili, — and in this case her Mother is Pakistani so also Urdu and in Hindi!!

← On The Brink of Precipice! All My Books Icons! →